Intermodal driver Kevin has been a part of the J.B. Hunt family for 25 years. While living in Canada in the early 80s, Kevin noticed seeing J.B. Hunt trucks more and more frequently. One day, a J.B. Hunt driver pulled into the warehouse where he was working. Kevin heard that J.B. Hunt was hiring Canadian truck drivers to make regional runs down to Seattle. Curious to take part, in May of 1993, he started with J.B. Hunt’s Intermodal division. Kevin would make the regional Canadian run for seven years and then move to Seattle to drive locally and eventually take on an added responsibility of safety training. 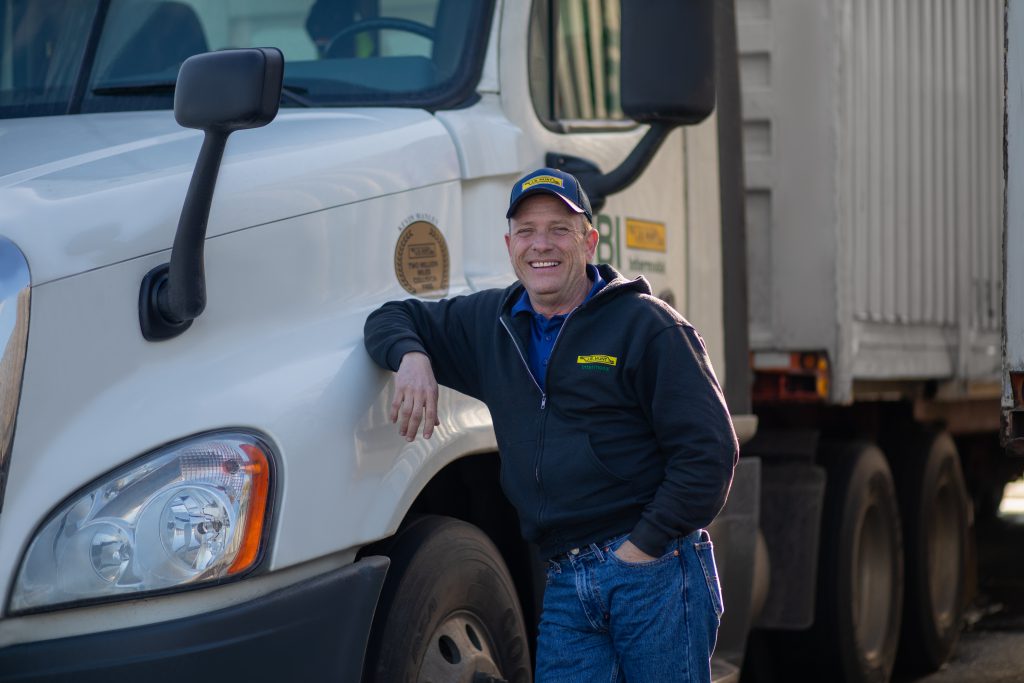 Making the move from Canada to Seattle was a pivotal moment in his career and Kevin says reaching it was based largely on the influence of his father. “With everything that I’ve learned about truck driving over the last 30 years, I can say I was influenced by my father who taught me everything that he knew after being a truck driver for 40-45 years.” For instance, he says, “I was taught the old-fashioned way of truck driving. My first truck that I actually got in and drove was a 1969 International Transtar 2 cabover with a little 289 Cummins motor in it. Every time I did something wrong I was basically smacked upside the back of the head from dad or grandpa saying ‘hey don’t do that!’”

Now Kevin serves as a lead driver trainer across the Seattle region and beyond.

Regional Operations Manager in Seattle, Brad, says over the 10 years he’s known Kevin, “He’s been absolutely instrumental in the success we’ve had in our training program here.” Most recently, “The online orientation Direct to Work program as it was rolled out here in Seattle last year required a lot of effort on our part and Kevin played a huge role in helping us make sure that was a success from the very first day we bring everybody in, from the very basics of orientation that we would do with a new driver, all the way until the point where we turn him loose on his own.” 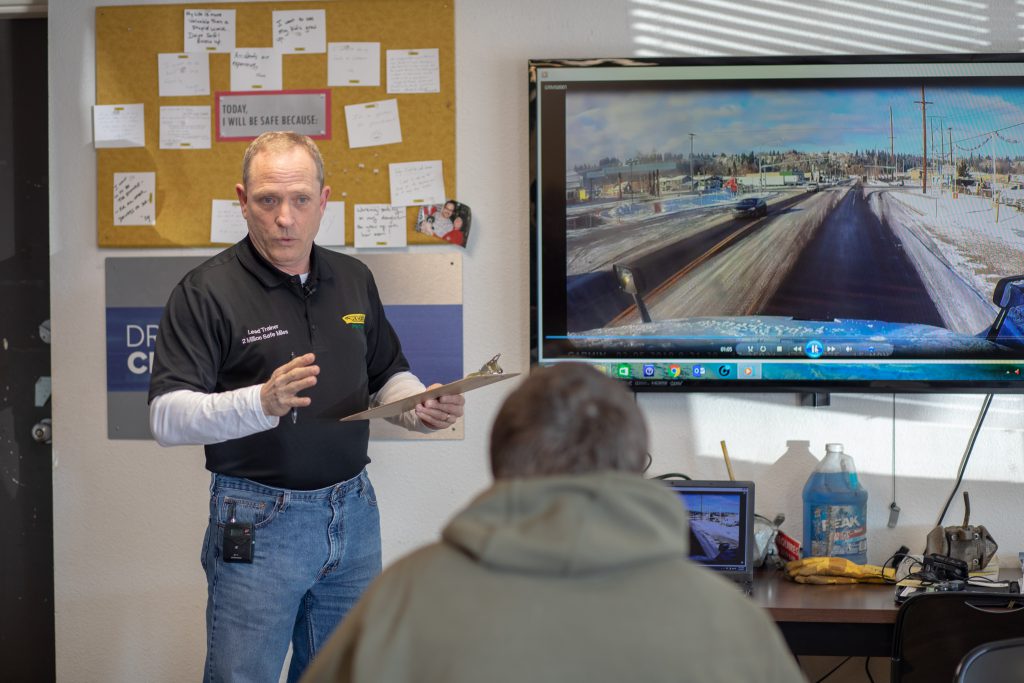 Ryan, director of operations for intermodal in the Seattle region, also speaks highly of Kevin. “He’s one of our greatest assets. He has helped revolutionize local driver onboarding in Washington state.”

Throughout his career, Kevin has remained with J.B. Hunt’s Intermodal fleet. When asked why, he says, “This is a good job because of the fact that I’m on a set schedule. My wife knows that I’m coming home every night. I can have a life with her and a lot of work life…Intermodal allows you to have that personal life and a work life at the same time and it’s really nice knowing being a company driver that you can shut that key off at the end of your shift and go home and forget about work and just pay attention to your family.”

Kevin has found stability in home time, where drivers on his account are able to adjust their hours based on individual and family needs. He says pay is another benefit, “You get great pay, great benefits, there’s lots of different bonus areas that you can go into, you have your Million Mile program, you have your safety bonuses on a yearly basis, you actually have some personal time off that you can take as an intermodal driver. It’s one of the best jobs that I could see that’s out there.”

A highly notable accomplishment is Kevin’s two million miles of safe driving. He says, “The first million I thought was quite an accomplishment – being all local miles. Then the second one I was like wow I didn’t think I was going to make that one, it’s quite the experience because there was three of us that made it on this ramp, and it was really fun to be able to share those moments with the other two drivers at that time.”

Amid the impressive advancements in Kevin’s career, he credits one source. “To be honest I probably wouldn’t be a truck driver today if it wasn’t for my father. He influenced me that much and teaching me the job and everything that was fun about it, yeah, I think my dad is the reason that I am a truck driver today.”

Interested in advancing your driving career with J.B. Hunt? Call 1-877-791-9458 to learn more about our local, regional and over the road truck driving jobs or fill out our short form and we’ll contact you!

To hear more about Kevin’s experience, check out this video!