“The thing I like most about this job is every day is different,” Final Mile Service (FMS) driver Darren said. As a straight truck driver, Darren’s local truck driving job isn’t a traditional trucking job – it doesn’t require a CDL or experience. J.B. Hunt offers on-the-job training for new delivery installation specialists.

On a typical work day, Darren arrives bright and early at his local distribution center, loads up his straight truck and heads out on the road. When Darren reaches his customer’s location and unloads, his job is only halfway done. As a DIS, Darren has been trained to not only deliver to his customers, but go the final mile and install their appliances.

“It’s nice that you’re your own boss when you are out there on the road,” Darren says of being a FMS driver. “It’s just you, the road and the customer.” Darren has been a DIS on his account for 19 years – the past seven under the employment of J.B. Hunt. Delivering around the Lake Michigan area, Darren is entrusted with Executive Deliveries, which entails delivering and installing appliances in the houses of account executives.

Darren says being a DIS keeps him active and fit and approximates he has installed around 10,000 refrigerators and 15,000 laundry sets during his 19-year career. “I’ve learned a lot of good skills on this job,” Darren says. Skills many people do not possess but are customary for DIS drivers to acquire in proficiency. “If you ever had to move somewhere else, these skills would go with you.”

Being home daily is another reason Darren enjoys being a FMS driver. In addition to spending time with his wife and children, Darren is a musician. He practices and performs in his church’s worship band at least once a week, and is also in a band called Exit 41. A reference to his hometown, Darren describes Exit 41 as a ‘two-man acoustic duo’ he started with a longtime friend five years ago. During the summer months, Darren says they perform in places like restaurants and wineries several times a weekend, which is something he would be unable to do without his daily home time. “It’s something I’ve always been passionate about and it will always be a part of me.” 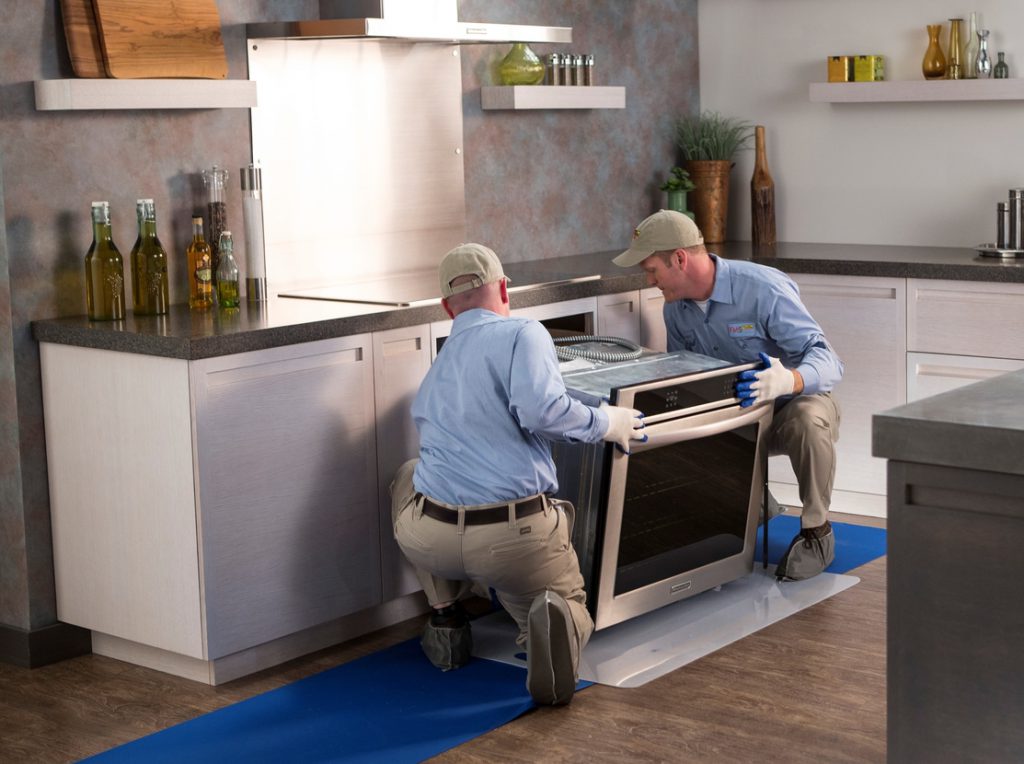 Darren says his secret to being a successful FMS driver is patience, genuinely caring about the customer and delivering the best customer experience possible. He says there are times when customers are upset due to delays in delivery times, or scheduling issues completely outside of his control, but with patience and a good attitude, Darren has learned how to diffuse those situations. “Regardless of how their process has been, we’re the final straw of their experience,” Darren says. “We have the ability to turn that all around.”

Darren also advises those new to FMS to have patience with themselves. “Don’t let yourself get overwhelmed in the beginning.” He says it takes several months to become a fully trained DIS, but emphasizes the importance of having patience during the learning curve and not getting discouraged.  “Be patient and give yourself time to learn.”

In 2015, Darren competed for the first time in the Arkansas Truck Driving Championship and came in second in the Straight Truck division, and was awarded Rookie of the Year. In 2016, he placed first in the Straight Truck division, which qualified him for Nationals. And in 2017, Darren took his career to a new level when he competed in the National Truck Driving Championship and placed 7th out of 50 in the straight truck division – the best J.B. Hunt has ever done. With one year left of eligibility, Darren plans to come back strong and win State and Nationals.

In the future, Darren has considered moving into a Builder Specialist or safety role within J.B. Hunt, but right now, he is focused on sharpening his skills for next year’s championships and continuing to deliver the best customer experience J.B. Hunt has to offer.