Through Wreaths Across America, millions of our country’s fallen heroes will be honored this November and December at wreath-laying ceremonies. Thousands of volunteers make this event possible and among these are 80 J.B. Hunt drivers hauling 130,000 wreaths to state and national cemeteries.

Wreaths Across America began in 1992 when Morrill Worcester of Worcester Wreath Company went to Arlington with his surplus of wreaths to be laid on the graves of those who made the ultimate sacrifice for our country. In 2007, the non-profit Wreaths Across America was formed and the mission of “Remember. Honor. Teach.” began to be carried through the country by volunteers, veterans and the Worcester family. This year marks J.B. Hunt’s 6th year to participate and join others to carry on that same mission. 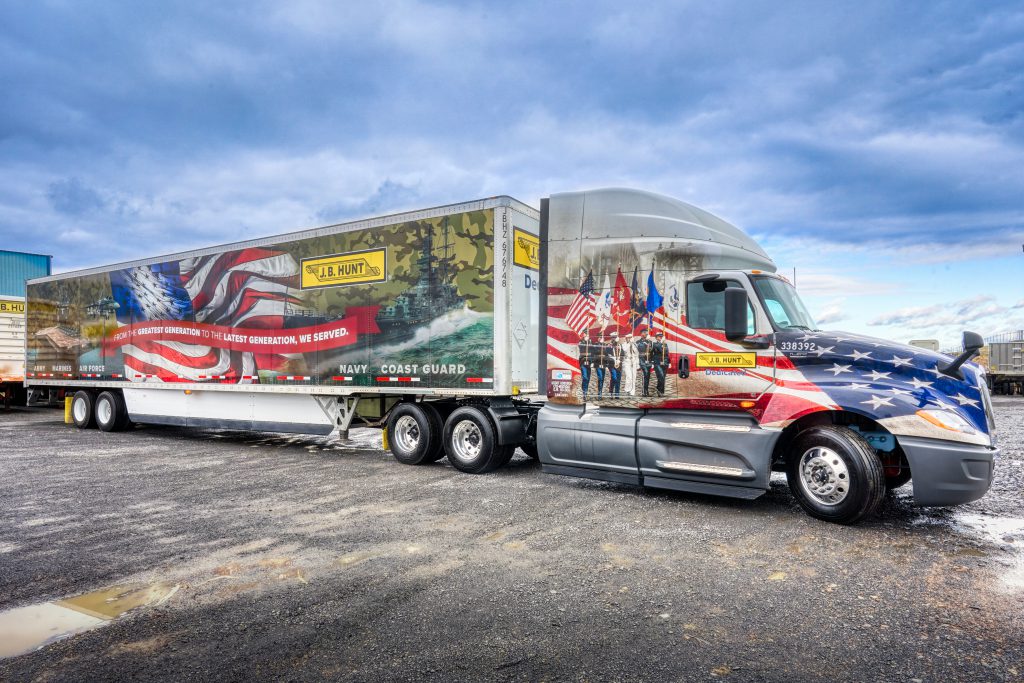 Some of the intermodal loads were picked up beginning November 11th. There are 80 J.B. Hunt drivers who were chosen to participate in key exchange ceremonies and, ultimately, join in honoring our fallen heroes during National Wreaths Across America Day on December 14th. You can see the convoy’s progress on our J.B. Hunt Drivers Facebook, Instagram and Twitter social accounts.