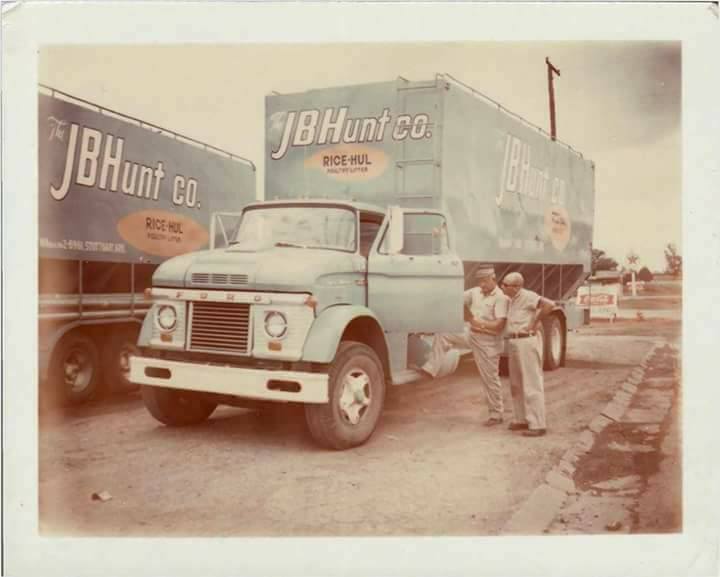 In 1961, Army veteran and truck driver, J.B. Hunt took a chance on a dream that would eventually become a transportation industry leader. From J.B. Hunt’s beginnings as a successful rice hull business, J.B. and Johnelle Hunt wanted to make J.B. Hunt big. So, when they were offered the opportunity to purchase five trucks and seven trailers, they jumped on the opportunity. From there, they started what would become one of the largest trucking companies in the United States. Since day one, big things haven’t stopped happening.

J.B. Hunt has come a long way since owning five trucks, now employing over 20,000 drivers. We have grown from a $1 billion company in 1993 to a $9.17 billion company in 2019. The commitment we made to veterans like Mr. Hunt remains a foundation of our company, and now we have surpassed our goal to hire 10,000 veterans in just a five-year period. In our early days, we pioneered smaller, more fuel-efficient engines and now invest millions to make our trucks the safest on the road. We have gone from celebrating our first-ever million mile drivers to awarding one of the industry’s first-ever five million mile drivers at a single company.

We have seen big ideas turned into big successes, and that all started with Mr. and Mrs. Hunt. “There’s an imaginary sign outside this building. None of us can see it, but the people that are passing by can. It says, ‘If you have a crazy idea come here, there’s a man that’ll listen to you,” Mrs. Hunt said of J.B. Hunt.