When truck driver Andrea started her regional driving job with J.B. Hunt, she wanted a better life for herself, but now her driving job has even greater importance, to provide for her family.

In her 11 years with J.B. Hunt, she has earned the Driver of the Month award, one million safe miles and participated in the prestigious Arkansas Truck Driving Championship. She has proven herself as a safe and valuable member of the J.B. Hunt family, but most importantly, Andrea is able to provide for her nieces and nephew, who she took custody of when her sister passed away. 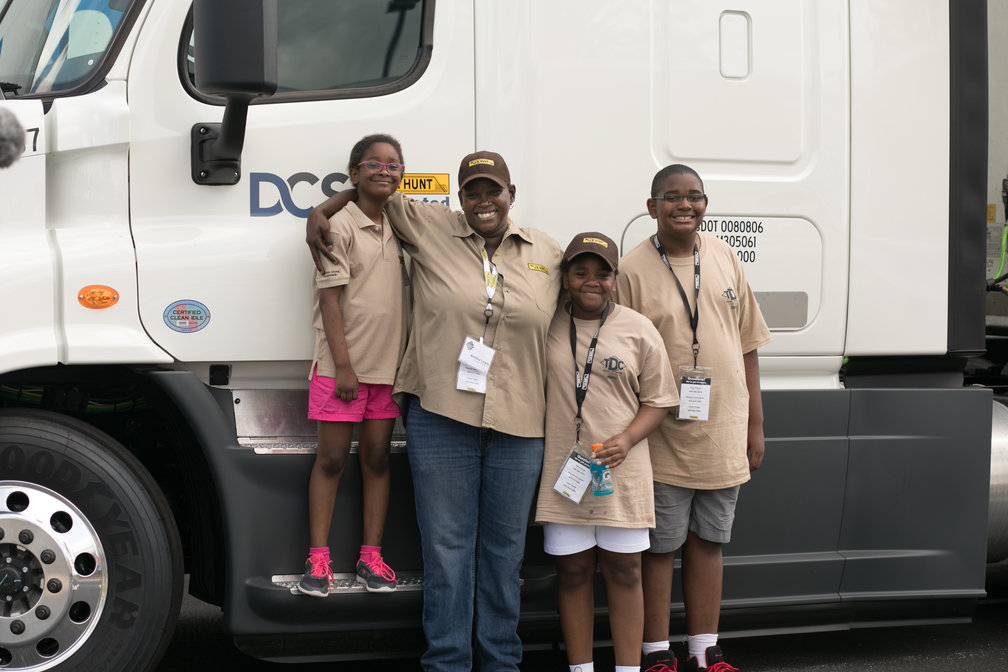 After joining the workforce at the age of 10, Andrea grew up juggling multiple jobs to help provide for her family. Her father, who drove trucks after retiring from the Navy, always encouraged her to get her CDL-A. It wasn’t until he passed away from cancer that she decided to pursue a single, long-term career in trucking. Unfortunately, it proved to be a harder transition than she expected.

Upon receiving her commercial license, Andrea was hired by a large trucking company. It was a rocky start, however, and almost ended Andrea’s career before it began. She decided to give driving another chance at a smaller company based out of Virginia, where she grew to love driving. She eventually joined J.B. Hunt in 2007 and recently celebrated her 11th anniversary with the company this past August.

In 2008, Andrea faced another set of challenges when a stroke left her sister Cathy unable to care for her three children – Dmitri, Davena and Dreana. Andrea and her mother soon began raising the three children full time – no easy feat with the youngest being only nine months old and the oldest having Asperger syndrome, a form of autism. 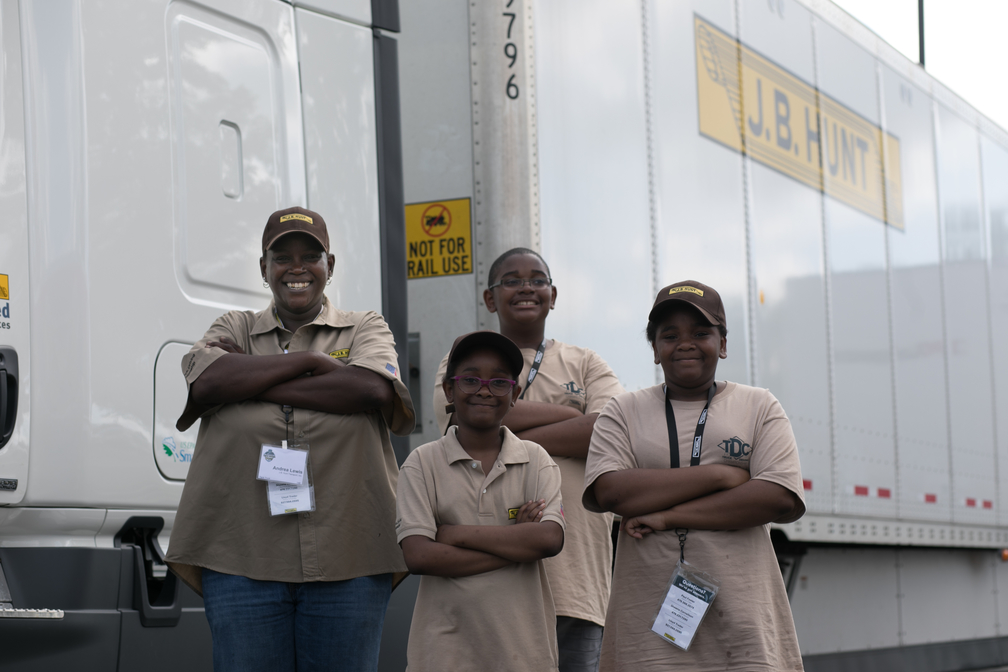 For several years, Andrea worked to financially provide for her family and adjusted her work schedule to spend more time at home. Sadly, her sister passed away in 2012, leaving Andrea and her mother to share custody of the kids.

Despite their struggles and with their grandmother’s support, Andrea and her spouse have maintained a happy home life where the kids are growing and thriving. Each child is currently forming dreams of their own – Dmitri wants to teach other kids with Asperger’s, Davena hopes to become a singer, and Dreana aims to be a writer and photographer.

Although her life may not look like how she imagined, Andrea has no regrets. “I am happy with where I am and am thankful through it all, regardless,” she said.

Andrea’s positive attitude and kindness toward others make her stand out at J.B. Hunt. Her former fleet manager Jennifer speaks highly of the veteran woman driver. “I just love her attitude…. she truly loves what she does. I couldn’t think of a better person to not only represent J.B. Hunt but also women in the trucking industry. She’s the whole package!” she said.

Ready to work with a company that appreciates your perseverance on and off the road? Call 1-877-791-9458 to learn about our truck driving jobs or fill out our short form online.