Phil is an intermodal driver out of South Gate, California and has driven with J.B. Hunt since 1984. He built his 35-year career on safety, earning 33 safe driving awards to date. With his latest achievement, his safe driving bonuses now total more than $125,000. 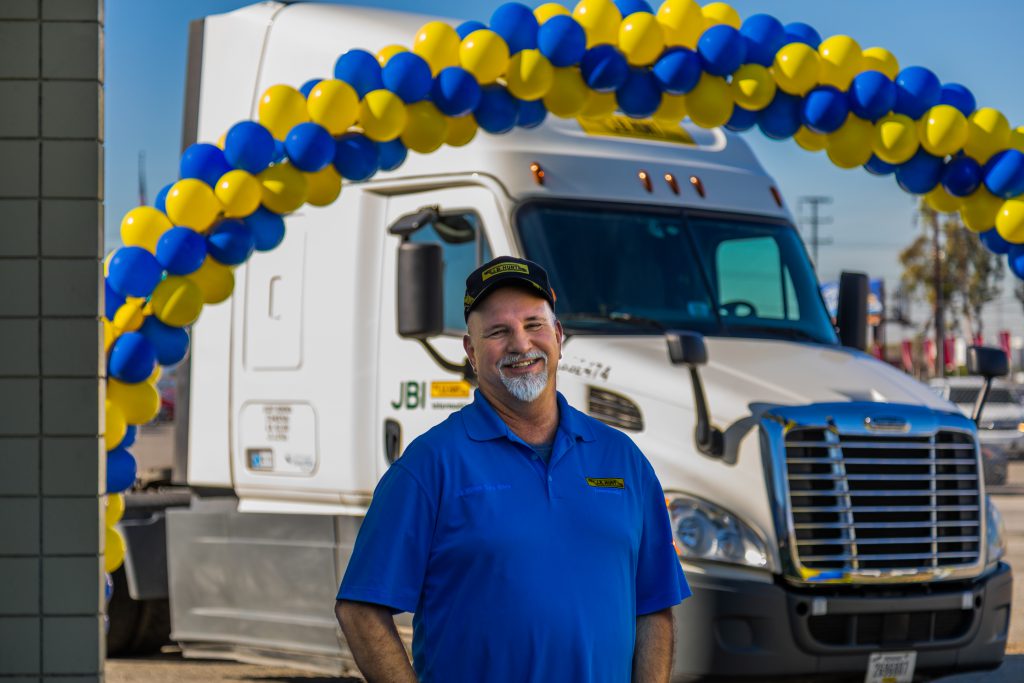 We celebrated Phil’s tremendous milestone at our South Gate terminal. Returning from his 5,000,000th  safe mile, Phil was greeted by a boisterous crowd waving pom-poms and holding signs of congratulations. Once out of his truck, a short ceremony was held where Senior Vice President of Safety, Greer Woodruff, presented Phil his $50,000 check. The celebration didn’t end there – Phil’s 5 Million Mile decal was placed on his truck and a reception with coworkers past and present commenced.

When asked about his incredible achievement, Phil said, “I don’t know if pride is the word that I would use. I think it’s more of just being satisfied in the effort that I put into it every day.”

We are incredibly proud to call Phil a J.B. Hunt driver and appreciate his dedication to safety and J.B. Hunt. Congratulations, Phil!

Want to join the ranks of great drivers like Phil? Call 1-877-791-9458 to learn about our driving opportunities or pre-qualify now.